Economic growth in oil-dependent economies rests on successful innovation and enterprise, but this can be challenging in an age of increased investor caution 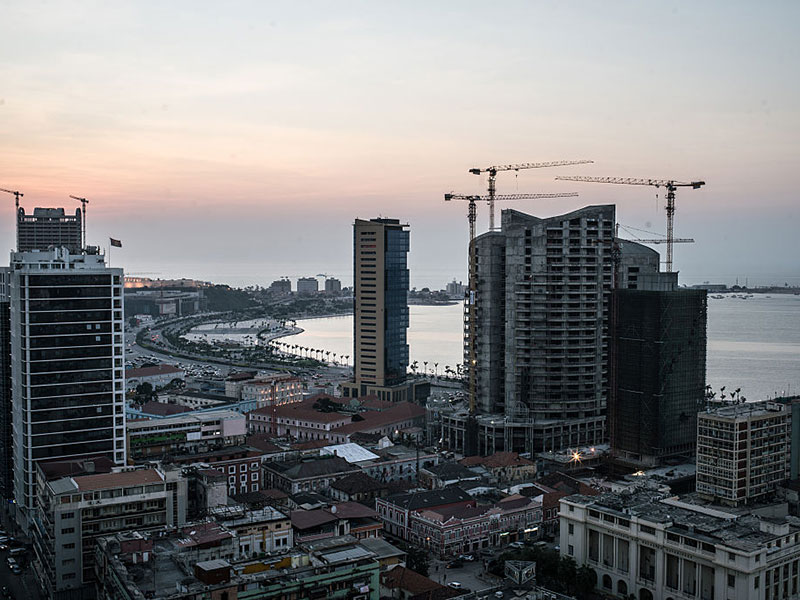 Luanda is home to a high concentration of the nation's wealth and remains Angola's financial hub
Banking
Author: Adriano Carvalho, Chairman of the Board of Directors at Banco Kwanza Invest

For many countries, securing inward investment is becoming increasingly difficult in a global economy troubled by low growth and low oil and commodity prices. In this context, countries such as Angola – sub-Saharan Africa’s third-largest economy – have a job on their hands in achieving sustainable growth through economic diversification. At the very heart of this challenge is trust, transparency and reform in financial markets. In recent years, much has already been done, but there remain several critical economic tools that can (and should) be used.

One of the best recognised hurdles is foreign exchange restrictions in the country, a problem that has dogged the national economy and concerned financial markets. The devaluation of the Angolan kwanza and the withdrawal of two major banks’ supply of dollars have made it more difficult for investors to repatriate capital, and more expensive to import essential equipment. It also acts as a psychological barrier to those who may be looking at Africa as a place to invest.

The National Bank of Angola’s decision to shield the kwanza by imposing foreign currency restrictions – while necessary in the short term – has obviously exacerbated this issue. So what should the central bank do now?

A balancing act
There are no easy answers, and the government’s priority must continue to be balancing the need to grow the economy with the need to protect ordinary Angolans from further economic shocks. So far, the government has managed to maintain priority spending on key services and on infrastructure development, alongside opening mega-projects to private equity and PPPs. This has enabled it to maintain a relatively low debt-to-GDP ratio of 36.5 percent in 2015, compared to an average of 48.28 percent over the 2000-15 period and an all-time high of 110 percent in 2000. This should give reassurance to all stakeholders, including aid bodies such as the IMF, that Angola’s economy is in comparatively strong health, given the circumstances.

The new generation of African innovators present opportunities for investors, but they need to be financed

However, the time has come for foreign exchange restrictions to be loosened. This is a fine balancing act, and politics also plays its part. Elections are looming in 2017, and the Angolan Government must demonstrate steely fiscal prudence in the run-up. Inflation must be controlled, which means that any loosening in foreign exchanges needs to happen gradually.

Economic policy must also be accompanied by reform, so as to engender trust from the international community and for the country to increase its competitiveness. Adherence to international best practice is crucial. The war against money laundering has been a particular focus for the central bank in Angola over recent years, most recently issuing an anti-money laundering compliance code in 2015, which reflects the standards issued by the Basel Committee on banking supervision.

All Angolan banks are now mandated by law to issue an annual independently audited report, laying out their actions on implementing Financial Action Task Force (FATF) and Basel standards. In February 2016, as part of its ongoing review of compliance in African nations, FATF recognised Angola’s ‘significant progress’ in improving its anti-money laundering policies and combating the financing of terrorism regime. It also recognised Angola has established a more effective legal and regulatory framework to meet its commitments – a direct response to deficiencies identified by FATF in June 2010 and February 2013. This is an important commitment by the National Bank of Angola in its work towards fostering a strong and transparent financial sector. As a result of these improvements, FATF has now removed Angola from its AML/CFT monitoring process.

The future of Africa
In parallel to regulatory reform, the government has also been working towards incentivising foreign investors by creating a more competitive tax regime, aimed at simplifying the tax system, broadening the tax base and reducing tax evasion. In addition, we have seen Angola’s retail banking sector expand over recent years with banks extending physical branch and ATM access to urban and rural areas, which has helped increase the banked sector of the population. A more diverse range of electronic payment options is now available, providing new opportunities for businesses and ordinary people to access basic financial services, including savings accounts. These moves support social development, as well as help the banks themselves to grow.

These measures are as important in attracting investor confidence as policy and regulatory reform. Private finance is important as it enables the private sector to lead Angola’s economic growth. The continent is experiencing a surge in innovation and support for young entrepreneurs, with initiatives coming from the African Development Bank, World Bank and organisations such as the African Innovation Foundation, which holds a regional innovation competition with prizes of $150,000 for the most innovative ideas. With a young population and so much economic potential, the new generation of African business leaders and innovators present opportunities for investors – but they need to be financed.

The continued fostering of a strong financial sector and a business-friendly environment is critical to encouraging savings and private investment, which will form the basis for private sector-led economic diversification.