With sales of electric vehicles increasing, it’s time for governments to consider the impact they will have on tax receipts, the oil industry and the wider economy 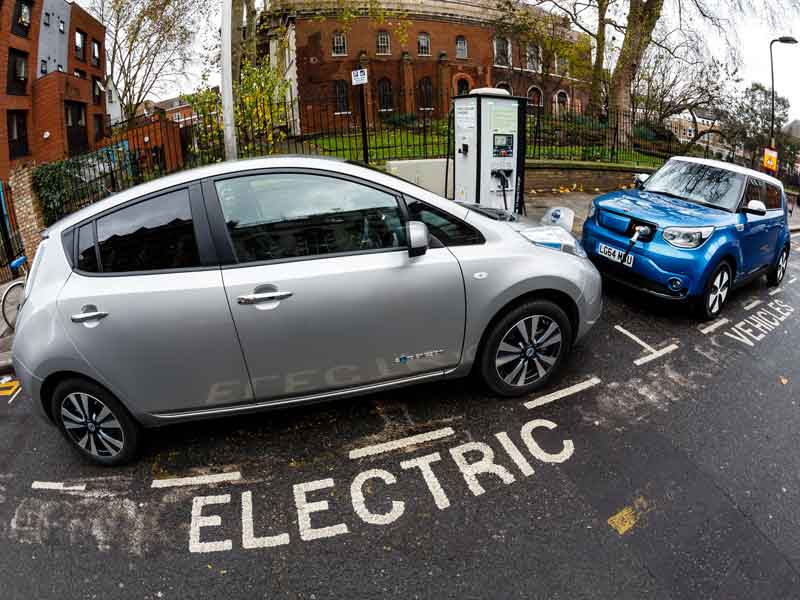 Logistically, there are also a number of financial and infrastructural hurdles that must be overcome before electric cars can reach the masses. Not only will a network of charging points need to be built, but an influx of electric vehicles will put great strain on national energy grids
Infrastructure
Author: Barclay Ballard

The internal combustion engine (ICE) did not emerge, fully formed, as the dominant method of powering motor vehicles. At the dawn of the 20th century, electricity, petroleum and steam were all competing to become the primary source of energy in this fledgling industry.

In fact, it was the Electric Vehicle Company which became the first motorised taxi firm in the US, and subsequently the largest vehicle manufacturer in the country.

But by 1907 it was forced into default, and just a few years later the mass-produced Ford Model T would take the market by storm. The ICE had won. As is often the case, market forces were a large part of this success.

Electric and steam-powered vehicles, compared to their petrol counterparts, had limited range and needed frequent charging or a constant supply of water. The discovery of oil in Texas at the turn of the century clinched the deal, making low-cost petroleum the de facto fuel of choice for the automobile.

The market today, however, is very different to the one that existed a century ago. Environmental concerns and technological innovations are shifting consumer opinion back in favour of the electric car (see Fig 1), and governments around the world are legislating in support of clean energies. Perhaps most of important of all, electric vehicles (EVs) are starting to make sense from an economic standpoint. The UK and France have banned the sale of new petrol and diesel cars from 2040 onwards, while India has set 2030 as its cut-off point. Norway has been the most ambitious of all, targeting the year 2025, while several other countries have set electric vehicle sales objectives.

However, with market forces already driving consumers towards EVs, governments need to consider more proactive legislation if they are to be ready for the coming economic disruption.

Moving too fast
With electric and hybrid vehicles making up just 1.1 percent of global market share in 2016, a major question mark hangs over recent government proposals. Primarily, is it reasonable to impose a ban on petrol and diesel cars when they remain the popular choice for most motorists?

Logistically, there are also a number of financial and infrastructural hurdles that must be overcome before countries will be ready for the ban. Speaking to World Finance, Iain Mowat, Senior Research Analyst at Wood Mackenzie, discussed the burden that electric vehicles will place on national energy grids.

“The absolute growth of power demand from EVs will accelerate significantly from 2030, when both policies and costs begin to favour them more and more,” he said. “By 2040, our EV base case adds 100TWh of power demand in Europe, about the current size of the Dutch power market, and equivalent to 2.5 percent of the total European market in 2040. This will require the building of more power stations in Europe as demand grows.”

In the UK, the most pessimistic estimates have suggested that 10 new power stations of equivalent output to the £19.6bn ($25.6bn) Hinkley Point nuclear facility will be required to cope with increased energy needs by 2040. If building more power stations proves economically infeasible, countries may be forced to import electricity, which brings its own financial implications and additional concerns over energy security.

One potential way to reduce the burden on national grids, while at the same time boosting revenue, would be for governments and energy firms to impose tariffs on anyone charging their vehicle at peak times.

Encouraging individual energy production – via personal solar panels, for example – is another option. Whichever approach governments ultimately take, it would be reassuring if policy proposals began to examine the economic impact of increased EV usage sooner rather than later.

Similarly, there are justifiable concerns about whether the existing network of charging points is robust enough to support an increase in EVs. Norway has 7,632 charging stations serving 5.3 million people, while India has just 100 for its population of 1.3 billion. In both countries, and across the world, underdeveloped charging networks remain a major hurdle to greater EV adoption, but it is not yet clear whether government subsidies or private investment will make up the shortfall.

Even discounting government timeframes, recent legislative proposals have been criticised for a lack of clarity. In Norway, there is confusion over whether the government’s proposed ban is really a ban at all, or rather a tax-based incentive scheme for drivers of EVs.

The UK ban, meanwhile, has been accused of lacking detail. “The announced goals so far lack the support of specific policy measures, even though some related legislation is emerging,” Mowat said. “The Automated and Electric Vehicles Bill, which would allow the UK Government to require the installation of charging points for electric vehicles at motorway service areas and large fuel retailers, is promising, but it is not clear if it will be implemented alongside the petrol/diesel ban.”

For more than a century, road transportation and the petrochemical industry have been interconnected. This cannot be undone overnight, or even in a few years. The broader economic implications of switching to electric vehicles need to be considered now, if we are to consign petrol and diesel cars to the scrapheap.

Swerving problems
Transitioning from petrol/diesel cars to electric vehicles will have huge implications for government revenues around the world, with taxable income from fuel sales certain to take a hit.

Fuel duty in the UK totalled £27.6bn ($36.1bn) last year, while the Norwegian Government reaped NOK 42.1bn ($5.4bn) in taxes related to petroleum activities. Similar stories can be found all over the world.

As existing revenue streams are disrupted, governments will need to identify alternatives that will remain relevant as the world moves away from fossil fuels.

Speaking to World Finance, Tony Seba, author of Clean Disruption of Energy and Transportation, suggested that a switch to taxing mileage, either via tolls or a more sophisticated vehicle tracking system, would enable governments to replace lost revenue.

“In the US, about $50bn in gasoline taxes will be lost by 2030, since 95 percent of miles will be electric,” he said. “However, governments whose budgets depend on this revenue could shift to taxing miles rather than fuel. Our model indicates that a one-cent-per-mile tax would raise about the same revenue as gasoline taxes: $45bn in 2015 growing to $63bn by 2030.”

An agile government could certainly mitigate the loss of tax revenues through policy changes, but new proposals need to be planned and debated now, not in a decade’s time. There is also the added complexity of how a weaker oil sector will affect a country’s imports and exports.

In the UK, there is concern that the government is not taking a holistic view of the economic disruption likely to be caused by electric cars. For example, the Office for Budget Responsibility’s current projections show revenue from fuel duty increasing up until 2030, despite this being at odds with the ban due to come into effect 10 years later.

Private entities will also need to prepare themselves for the oncoming disruption caused by the electric car market. Oil companies, which rely on road transportation for approximately 45 percent of their global demand, will face immense challenges, while battery manufacturers will be presented with a huge opportunity to enter the value chain.

“Our estimates indicate that oil demand will peak at 100 million barrels per day by 2020, dropping to 70 million barrels per day by 2030,” Seba explained. “Oil prices, however, will plummet to $25 per barrel as soon as the early 2020s. Persian Gulf countries such as Saudi Arabia, whose production mainly derives from low-cost conventional oil fields, will not see production volumes decrease by much. On the other hand, high-cost oil fields will be stranded.”

The transition from petrol/diesel cars to electric vehicles will evidently present economic challenges to both public and private bodies alike. The best way to prepare for these difficulties is not to wait until some arbitrary year in the future, but to start considering how to replace existing revenue streams now.

Left behind
If electric cars are not economically competitive with petrol and diesel cars today, there are indications that the gap is narrowing. Worldwide sales of EVs grew by 60 percent last year, and the industry as a whole is predicted to be worth $731bn by 2027.

The average battery cost of electric vehicles has dropped 80 percent in the past six years, and industry innovator Tesla is aiming to achieve price parity with ICEs by the end of the decade.

There is a distinct possibility, therefore, that technological improvements, falling costs and shifting customer perceptions will see the EV market reach an inflection point much sooner than governments are expecting.

Car manufacturers may move away from petrol and diesel cars, not because politicians are forcing them to or to help the environment, but simply because it makes financial sense.

Predicting the precise year when EVs will become more economically viable than ICE vehicles is a difficult task, but as we have seen with other industries, including telecoms, entertainment and retail, disruption moves quickly.

Seba believes that the proposed bans on petrol/diesel cars represent a stunning miscalculation of the industry’s likely evolution over the coming years.

“By 2040 you will find petrol/diesel cars mainly in museums, nostalgia shops and racetracks,” he said. “Banning petrol/diesel vehicles by 2040 is like banning horse-drawn vehicles by 2040: there won’t be anything to ban.” In fact, Seba argued, a trifecta of disruptions, incorporating EVs, autonomous cars and a new transport-as-a-service industry, will leave automobile companies facing “an existential crisis”.

Under this new economic model, it will no longer make financial sense to continue producing petrol or diesel cars.

“The day that autonomous vehicles are approved by regulators, which we assume to be 2021, the cost per mile of on-demand autonomous EVs will be up to 10 times cheaper than the cost of purchasing a new individually owned petrol car,” Seba explained. “Every time in history when a new equivalent product or service has become available at about one 10th of the cost of the incumbent, there has been a disruption. People will stop buying cars because it will be in their best, selfish economic interest.”

In the early days of the 20th century, the fact that ICE vehicles were louder, spewed out pollutants and were more difficult to drive than electric vehicles didn’t stop them dominating the market. When mass-produced combustion engines and cheap oil became readily available, it was simply in the consumer’s economic interest to buy a petrol or diesel car.

With technological improvements driving the price of EV and ICE options closer together, the selfish economic choice and the environmentally conscious one are starting to look increasingly similar. Instead of looking to 2021, 2040 or any other time in the distant future, governments need to begin preparing now for the huge economic disruption that will accompany the EV revolution.