Adani Group to push ahead with $12.4bn Australian coal mine despite protests 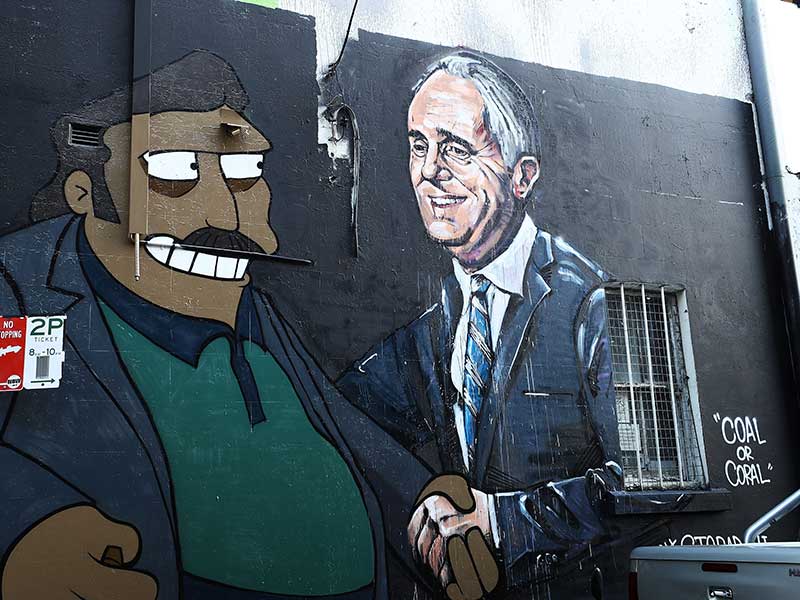 Coal or coral: opposition to the Carmichael coal mine has been widespread, with street artist Scott March hitting back at the Australian prime minister's decision to approve the deal
Energy | Markets
Author: Rachel Connolly

On May 6, India’s Adani Group announced it had given final investment approval for plans to build a $12.4bn coal mine in Queensland, Australia. The decision signals the group’s determination to push ahead with the construction of the mine – known as the Carmichael project – despite fierce opposition from environmental activists.

Adani is yet to secure funding for the mine, which is the largest of its kind to be approved on a greenfield site for several years, but hopes to start pre-construction work within the next few months.

In a statement, Adani Group Chairman Gautam Adani said the project would create 10,000 jobs in Australia and “mark[ed] the official start of one of the largest single infrastructure and job-creating developments in Australia’s recent history”.

To coincide with the announcement, Queensland Premier Annastacia Palaszczuk officially opened Adani’s regional headquarters in Townsville, Queensland. Palaszczuk described the project as a vote of confidence in the Queensland economy, which has suffered from a downturn in resources in recent years.

Environmental campaigners fear the mine will pave the way for a multitude of similar projects in the year to come, destroying the region

Yet, despite the financial benefits, the Carmichael project has faced staunch opposition from environmental groups. Campaigners fear the mine, which will be the first in the Galilee Basin, will pave the way for a multitude of similar projects in the year to come, destroying the region. The remote expanse in the outback is, as of yet, an untapped source of coal, but holds the potential to become Australia’s largest producing region.

Protesters have been particularly angered by the significant public subsidies offered to assist in the construction of the mine, with the Queensland Government agreeing to pay royalties to the group after it threatened to shelve the project. The project’s shipping route is also planned to pass through the Great Barrier Reef Marine Park in Northern Queensland, which campaigners say leaves the area vulnerable to damage.

Despite the confidence of the announcement, Adani Group is yet to raise the required funding, with many Australian banks pulling out of the project for fear of public backlash. The commercial viability of the project has also been questioned, with the coal market already well supplied.

Julien Vincent, CEO of Market Forces, an environmental investment group, described the announcement as a PR stunt: “Announcing an intention to invest is a far cry from having the finance to do so.”