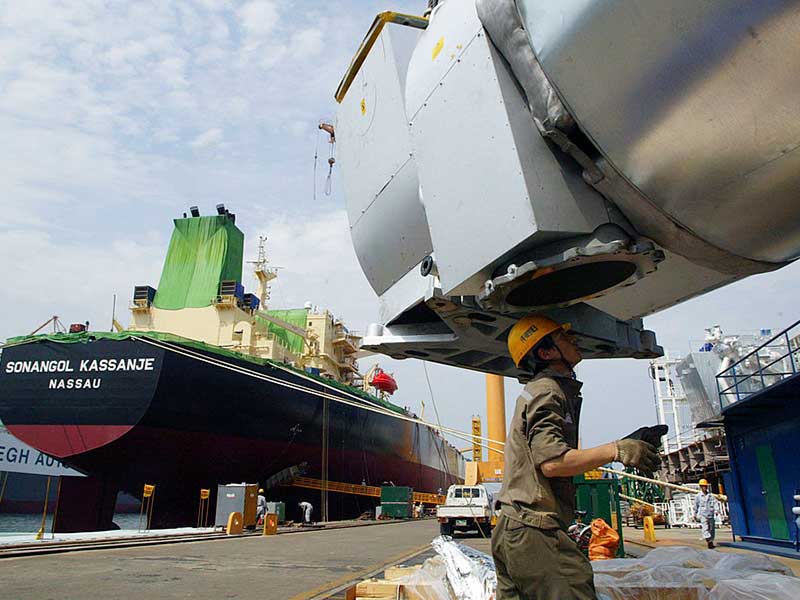 South Korea’s state banks have unveiled an ambitious KRW2.9trn ($2.6bn) bailout package for Daewoo Shipbuilding & Marine Engineering; which is struggling to overcome huge losses from offshore projects. The fresh cash injection intends to prevent the shipbuilder from defaulting on its extensive debts.Without such a bailout, the company would likely be pushed into bankruptcy when its debt matures next month.

In 2015, Daewoo Shipbuilding received some KRW4.3trn ($3.84bn) in aid from the Korea Development Bank and Export-Import Bank of Korea, with the two state-run banks later warning no further bailouts would be extended to the company.

The shipping industry’s downturn has been particularly harmful to South Korea, where shipbuilding is a national industry

However, a Daewoo Shipbuilding bankruptcy would prove costly to the South Korean economy, particularly in the midst of intense political upheaval and uncertainty. The most recent cash injection will be followed by a major debt restructuring at the firm, and a revision of its loss-making offshore businesses.

The Daewoo Shipbuilding bailout marks the latest in a series of blows to the floundering global shipbuilding industry, which has suffered in recent years from low freight rates and a surplus of vessels. The industry’s financial woes have already seen the collapse of one of South Korea’s largest shippers, Hanjin Shipping. Once South Korea’s biggest shipping company, Hanjin filed for bankruptcy protection last year, leaving over $14bn in cargo temporarily stranded at sea.

The industry’s downturn has been particularly harmful to South Korea, where shipbuilding is a national industry. The nation is home to the world’s three biggest shipyards, and Daewoo Shipbuilding is the world’s second largest shipbuilder after fellow Korean rival Hyundai Heavy Industries. Overall, the industry accounts for seven percent of South Korean exports and five percent of the nation’s employment.

However, South Korean shipbuilders have seen their profits slide in recent years, with the global financial crisis paving the way for low-cost Chinese competitors to command an increasing portion of the market.

Despite ongoing efforts to cut costs, Daewoo Shipbuilding reported its fourth straight annual loss in 2016, recording a net loss of KRW2.7bn ($2.41bn). The company also failed to meet its annual $11.5bn target for ship orders, reaching just 10 percent of this total. Despite this latest bailout package, it appears unlikely Daewoo Shipbuilding will be able to turn its fortunes around and return to prosperity.