‘Ban the Box’ campaign reduces black employment in the US

While the campaign to ban employers from asking recruits about their criminal records is guided by positive aspirations, the real-world effects are proving harmful, writes Tom Bailey 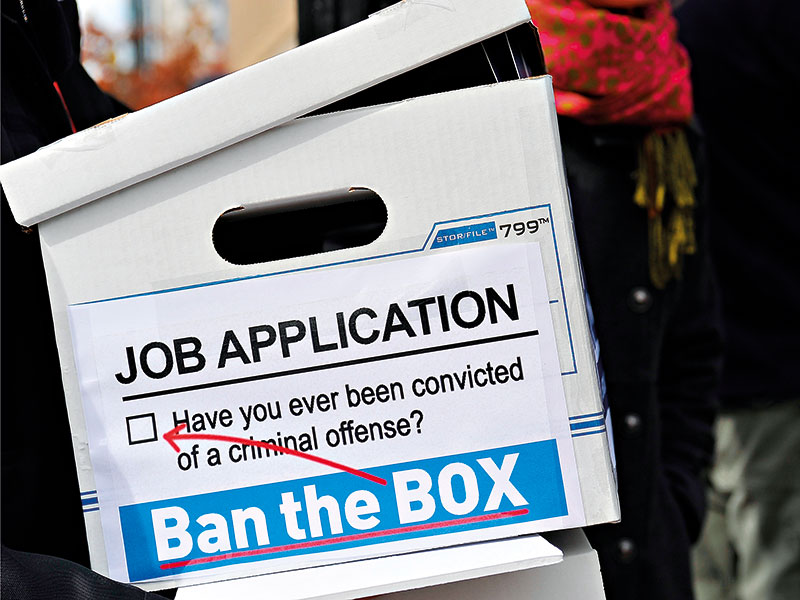 Despite having good intentions, the campaign to 'Ban the Box' on employee application forms is having an adverse effect
Legal | Strategy
Author: Tom Bailey

Despite their good intentions, government policies in the labour market often lead to unintended, and sometimes harmful, consequences. Minimum wages can price certain people out of the labour market while workplace regulations can push firms abroad. Policies seeking to protect employees from unfair dismissal can lead to a freeze in hiring, while unemployment benefit can disincentivise work. Governments must be careful when interfering in the labour market. Any intervention must be carefully designed to guard against adverse outcomes without stifling the intended benefits. Governments must perform a careful balancing act.

Banning the box
The latest government intervention has been the ‘Ban the Box’ initiative in the US. The initiative – which has been going in Hawaii since the 1990s – aims to ban employers from asking prospective employees about their criminal records on employment applications. Since its inception, the campaign’s popularity has continued to grow across state borders, gaining particular traction in the wake of the 2008-9 recession and benefiting from revived concerns over the US prison system. The movement seeks to prevent ex-offenders from becoming re-offenders – with recidivism often linked to a lack of employment. For those with convictions – no matter how minor the crime – re-entering the labour force is often a struggle, and without gainful employment they often commit further offences.

However, many employers remain reluctant to hire people with a criminal background; assuming these individuals to be less trustworthy and disciplined than their perceived-to-be law-abiding counterparts. By banning the box, the campaign hopes to eradicate employer prejudice, instead allowing candidates to be judged on visible merit. The box has been banned in at least 52 municipalities in the US, while some large employers – such as Target Corporation – have instigated their own initiatives. The campaign has also picked up steam internationally, with the UK-based charity Business in the Community launching its own Ban the Box campaign in 2013.

Ban the Box effects on probability of US black male employment:

reduction in the northeast

reduction in the midwest

reduction in the west

Adverse results
Yet, as the latest research has shown, the initiative is doing more harm than good. As with many government interventions in the labour market, it has produced adverse results that were initially unforeseen. Chiefly, according to the latest research published by the US National Bureau of Economic Research (NBER), where Ban the Box has been trialled, it has actually resulted in greater discrimination in the job market. Jennifer L Doleac and Benjamin Hansen, the researchers behind the paper, wrote: “Advocates for these policies seem to think that in the absence of information, employers will assume the best about all job applicants… this is often not the case.”

Unfortunately, without being able to discern former felons through the usual medium, employers appear to have discriminated against groups perceived more likely to have a criminal record, principally young, uneducated men from ethnic minorities. As the NBER noted in its newsletter: “[Ban the Box] reduced black men’s probabilities [of getting a job] by 7.4 percent in the northeast, 7.5 percent in the midwest, and 8.8 percent in the west; similar, albeit lesser, effects were seen for Hispanic men in the northeast, midwest, and south.”

In an attempt to prevent employers making prejudiced assumptions about those with a criminal record, Ban the Box has inadvertently led employers to make assumptions based on the colour of someone’s skin. Ultimately, the employers making these discriminatory assumptions are to blame, but policies that lead employers to make such decisions – however unjustified – must be questioned and perhaps discarded. With black and minority youth employment already crushingly high in many regions across the US, the move to ban the box has the potential to seriously harm this already economically disadvantaged group.