Mário Centeno, who has fought against austerity as Portuguese Finance Minister, will become the next President of the Eurogroup 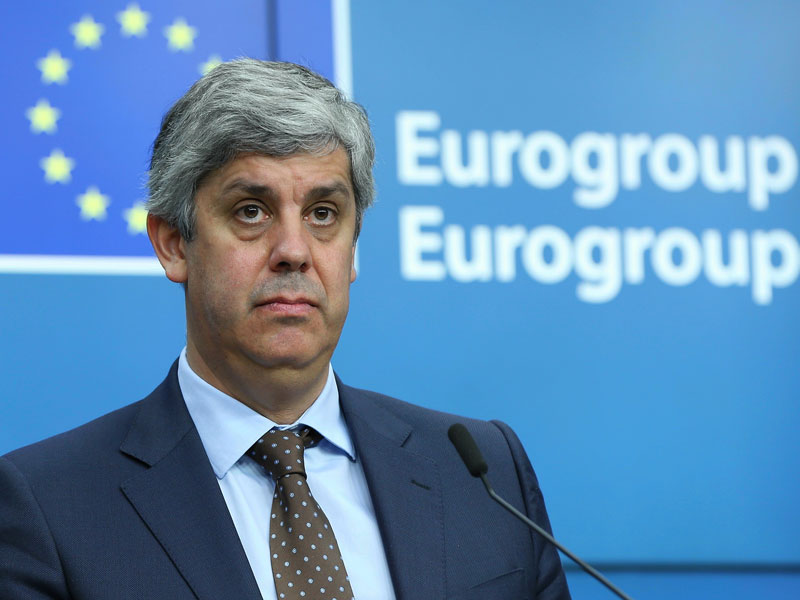 Centeno attends a press conference on his election as new Eurogroup president at the European Council in Brussels
Government policy
Author: Kim Darrah

Portuguese Finance Minister Mário Centeno has been appointed as the third president of the Eurogroup, a highly influential group of Eurozone finance ministers. The role, which has previously been held by European Commission President Jean-Claude Juncker, will put Centeno in a position to exert influence over key economic decisions. He will follow Jeroen Dijsselbloem, who is coming to the end of his two-and-a-half-year term.

The Eurogroup is technically an informal gathering of finance ministers, but has played a central role in some milestone moments in the Eurozone’s history. The first ever meeting was held in 1998 at Château de Senningen in Luxembourg, but its influence grew in the midst of the European debt crisis, when it was instrumental in overseeing hundreds of billions of euros in emergency loans.

Centeno’s role as Portuguese Finance Minister, which he has held since 2015, has seen him guide the country’s recovery from a crisis-era bailout

It has been the subject of criticism due to a lack of transparency, with Juncker having described it as a place for “secret, dark debates” about monetary policy.

In the months ahead, Centeno will be involved in conducting politically sensitive debt-relief talks with Greece, which is due to finish its €86bn ($100.56bn) bailout programme in the summer of 2018. The role will also put him at the heart of discussions relating to a strategy for future Eurozone reform.

Centeno is notable for being the first Eurogroup head from a Southern European country, as well as for his anti-austerity slant. His role as Portuguese Finance Minister, which he has held since 2015, has seen him guide the country’s recovery from a crisis-era bailout.

While overseeing the stabilisation of the Portuguese economy, he repeatedly resisted pressure from European authorities to further austerity. Instead, he focused his reforms on investments, making Portugal a notable case for its rebuttal of the austerity dogma. As a result, Centeno’s appointment has been seen as a potential turning point in European economic thought.

The post was awarded via a secret ballot, in which each country’s vote holds the same weight.

Centeno has been quoted in the EUobserver saying there is a need to construct the conditions for financial stability in the future: “We have a very unique time window to further prepare our economy and societies better.” He added that there must be a “focus on convergence” and a resilient euro. He has previously come out in favour of a Macron-style European fiscal budget.