Life insurance revenue in Hungary has been far lower than other countries in Western Europe yet, since 2003, Hungarian Post Insurance has been able to carve a unique post office-based bancassurance model to improve the industry 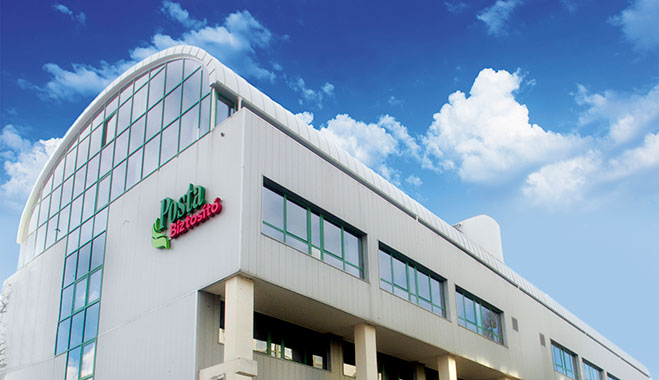 Compounded when the economic crisis threw the world into financial turmoil, the life insurance market in Hungary has been unpredictable. But, by operating through post offices across the country, the Hungarian Post’s life insurance arm has been able to overcome the problems posed by a difficult and changing market.

The Hungarian Post spoke to World Finance to discuss how it has managed to improve results for 11 successive years in the face of competition from global players, where the company’s headed next and how Hungary’s insurance market shapes up in comparison to the rest of the world.

How has the Hungarian insurance market changed over the past 10 years?
Before the economic crisis hit, the Hungarian insurance market showed features typical of a developing market. It was characterised by growing premium revenues that gave insurers significant opportunity for growth. At that time the life insurance sector made up 40 percent of the total revenue from insurance premiums; that has increased to just over 50 percent today, although that’s still low compared to the levels in Western Europe.

The crisis had a significant impact on the market. 2013 was the first year we started to see actual growth again – the premium revenue was $3.4bn, which is still 13 percent lower than the $3.83m that it reached in 2007 when it peaked. According to some we hit rock bottom in 2012, but this year we can expect growth once again – in line with the predicted economic growth.

What is the size and complexity of the Hungarian market compared to neighbouring countries?
Hungary’s per capita premium revenue is similar to neighbouring countries, and stands at around 30 or 40 percent of that of West European countries. That difference is even bigger in the life insurance market; while in EU countries the average per capita premium revenue was $1,419, in Hungary it was only about $189. When compared with other countries in the region the differences are much smaller, but during the crisis period we fell behind and even the Visegrád countries had higher revenues than us.

In the medium term the Hungarian insurance market has potential for significant growth, with the main driver being the improvement of the nation’s living standards

Austria’s insurance penetration – the ratio of insurers’ premium revenues to GDP – is twice as high as ours. According to last year’s figures, premium revenues in Austria constituted 5.3 percent of the annual GDP, compared to 2.7 percent in Hungary.

What are the biggest challenges and opportunities for Hungarian insurers?
In the medium term the Hungarian insurance market has potential for significant growth, with the main driver being the improvement of the nation’s living standards. As a result, insurance penetration should gradually reach the average level seen in Western Europe.

The predicted GDP growth should enable other areas outside of life insurance to develop. There is a strong correlation between economic growth and the development of the property insurance market, for example. The role of the state is expected to diminish in terms of major pension and health care systems, which means we can expect to see a bigger focus on customers providing for themselves within in the medium and long term – which will affect pension savings, for example. Low interest rates combined with strong competition in the market have a negative impact on the profitability of insurance companies, so there’s a big focus on operating efficiently in order to ensure profitability.

What’s the story behind Hungarian Post Insurance?
The Hungarian Post Life Insurance was established by the Hungarian Post and the German insurance company HDI, which is now called Talanx AG, in 2002. Since then it has faced several kinds of financial, economic, social and environmental challenges but it was the recession and the global financial crisis that had the biggest impact on our operating environment. Given the circumstances, it wouldn’t have been unusual if our results had been in line with the economic downturn.

However, Post Insurance was one of the few Hungarian companies that was, for the most part, able to remain unaffected by domestic and international market trends. That explains how we have managed to consistently improve our results each year since 2002, rather than mirroring the cycles of economic boom and downturn (see Fig. 1).

Many analysts believe our history is one of the most exciting success stories seen in the Hungarian insurance market over the past decade. But when we entered the market 11 years ago, there were very few observers who would have bet on our postal bancassurance model. The insurance market had been saturated and well-reputed, international companies with high market shares had been struggling in the competition. Our results confirmed the expectations of those who had trusted in us right from the beginning. In the 11 years since our launch we have increased our sales revenue by almost twelve times; in 2013 our sales revenue reached $210m. Since the insurance arm was established we have set up more than 400,000 life insurance contracts.

How does your sales model differ from that of rival companies?
Traditionally insurance companies use different sales channels – most notably direct sales through employees, independent insurance brokers and bancassurance. The Post Insurance is a bancassurance company that uses the Hungarian Post’s national sales network rather than a bank. Our target market consists solely of retail customers. Our insurance schemes are much more affordable for wide groups of the population than those of our competitors, offering excellent price to value ratios. In the post offices we offer transparent and low-cost basic insurance policies, enabling our customers to ensure a secure future for themselves and their families at an affordable price.

What results are you proudest of in terms of sales?
We are very proud that we have been able to consistently increase our premium revenues over the past decade despite the economic crisis. In 2013 we were ranked second out of the entire life insurance market, with a market share of 11.7 percent, which was a great achievement. We increased our gross premium revenue by 40 percent from the previous year.

How important is customer satisfaction to the success of your company?
In many cases life insurance contracts cover several decades. That’s just one of the reasons that it’s so important we keep our customers satisfied with our products and services. When they are satisfied it also has a positive effect on our sales representatives working in the post offices. The commitment of sales staff to our products and company is one of the key elements that will guarantee us a successful future. In addition to regular customer satisfaction surveys, we therefore pay a lot of attention to our sales staff and act on their feedback.

In what ways has innovation contributed to your recent progress?
Last year one of our most important developments was the rollout of our MPB online system across all of our post offices. As well as surveying the needs of the customers, the electronic system means that contracts can be managed quickly and accurately. All 2,000 of our post offices across the country were equipped with the online infrastructure by the end of 2013.

The new computerised system has improved the service we provide to customers in the post offices. It also ensures premium calculation errors are avoided when setting up insurance plans, which is a major benefit, and by making contracts available electronically the system speeds up the whole process.

What are the ambitions and objectives of Post Insurance for the future?
In 2014 we want to continue improving our efficiency and product offering, and we aim to optimise processes to further improve the service we provide to customers through the Hungarian Post network. In the medium-term our aim is to rank among the five biggest companies by revenue in the Hungarian insurance market.