Myanmar opens its doors to insurers

Myanmar is seeing dramatic changes, both politically and economically. These developments will prove positive for the country’s insurance industry 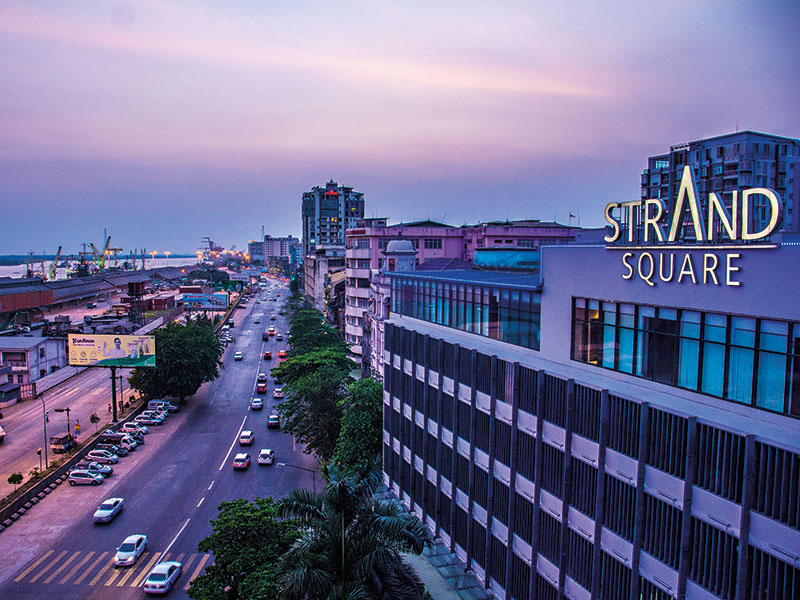 After almost half a century of the country’s insurance sector being a closed monopoly, Myanmar recently opened its door to both domestic and international insurers. The transformations have been rapid, and have occurred throughout all sectors. A dozen domestic private insurers have been formed since 2013, while an array of eminent multinational insurers too have opened their representative offices in the country.

Moreover, three international insurers of repute have been allowed to conduct business domestically, although they are limited to the Thilawa Special Economic Zone. Nonetheless, the market still remains highly controlled, with state-owned Myanma Insurance being the dominant player. There is no room for actual competition yet, and foreign firms are being kept at a distance. That said, the initial, crucial steps have been taken and the prevailing conditions seem to be right for accelerated development.

Change is afoot
This year marked the second ever census report being published in the country, which was a milestone in itself. The 2014 census revealed the latest demographics of Myanmar, reporting a population of 51.5 million (see Fig 1). Around 30 percent of the population were found to be living in urban areas, and the remaining 70 percent rural. Trend analysis shows nearly 54.9 percent of Myanmar’s population falls into the ‘productive population’ age bracket of 15-64 years. At the same time, with a flourishing middle-class and population growth at 0.89 percent per annum, Myanmar’s statistics certainly attract investor’s attention from across the globe.

The year 2015 was one of transformation for the country and its people: the insurance market had to face several changes, as well as challenges. These included greater competition, an increase in claims and some important modifications within the regulatory framework.

We are very pleased, however, with our 2015 results, and despite all the transitions happening, we managed to reach our goals and maintain our position as the undisputed market leader among the country’s private insurers for the second consecutive year. During these years, we have maintained a responsible and sustained growth line, focusing on prompt customer service and operational efficiency, yet without altering our stringent risk and cost control guidelines. At IKBZ, we make sure guidelines are supported with timely and adequate investment for modernising the company, and always strive to stay abreast with changes in the market and industry.

Political situation
In recent times, if there was one milestone for the country and its people, it has to be the landslide victory of Aung San Suu Kyi’s National League for Democracy party, which won a credible election with almost no violence. Five months into the new government’s five-year term (at the time of writing), it is a little too early to decide and judge the credibility of its performance. Nevertheless, its priorities and approach are becoming clearer and more transparent, and there are some initial indications of how the nation’s political party is tuning into changed realities.

These provide the basis for an initial assessment as Myanmar’s transition enters a new phase under a democratically elected government, which has set a positive initial tone and taken important steps to address the previous legacy. Going forwards, the government plans to lay policies encouraging the liberalisation of the insurance sector. The regime has promised at every opportunity to incentivise the private sector as a means to propel sustainable economic growth.

Governance is one of the critical factors that can explain the divergence in performance across developing nations. Of late, there has been much talk about good governance all across the media. For a country to develop, good governance at both levels – corporate and government – needs to be practiced. It is all the more necessary for public companies to show an elevated level of good governance as the public invests their money by buying shares.

The fate of a company’s shareholders therefore relies on the financial performance of those companies. The key elements of good governance are the absence of corruption and the use of accounting standards, while the corporate body’s financial affairs must be managed with the utmost transparency and accountability. This means it has to be done with the three Es: economically, efficiently and effectively. With these in place, good governance will prevail in corporate bodies, much to the advantage of shareholders, stakeholders and the country at large. Government and non-government organisations are taking measures to share knowledge about good governance to their members by organising seminars and workshops. The new government demonstrated its rational approach to economic policy when it formed the financial regulatory department, which plays a secretarial role for the newly restructured Insurance Business Regulatory Board under the Ministry of Finance. The members of the new regulatory board are now an amalgamation of retired insurance officials who are working in private insurance companies, people holding high academic degrees in insurance, and also government officials from the auditor general office and other departments. This certainly shows the current government is taking meticulous steps to support all the sectors with existing subject knowledge and the right kind of local expertise.

The road ahead
There is a great need for the government to address a number of key challenges. After decades of authoritarian rule and civil war, some are long-term issues that need to be attended to. Most important is moving the peace process forwards.

The country has witnessed ethnic tension breakouts for more than half a century, with no resolution for restoring peace so far. Now, with the 21st Century Panglong Peace Conference proposed by the state counsellor Suu Kyi, the conflict may soon fade away and become a thing of the past. This will help immeasurably in mending the tarnished image of the country.

As such, the government must take necessary measures to ensure the army and political parties back its peace initiative. It must also ensure belligerents sign the nationwide ceasefire agreement without any delay. Furthermore, it is absolutely imperative this peace conference must be all-inclusive, keeping national development and human security a priority before anything else.

In addition, the government should implement effective policies that will enable private industries to become more competitive both domestically and globally, thus providing the best deals for customers. Keeping this in mind, we have to adopt effective competition laws and a framework designed to empower the lower strata of society in order to bring about social mobility.

There is also a need to boost the country’s foreign sector. There is no denying the fact that foreign investment in any form can bring much benefit to the country in terms of job opportunities – jobs that are much-needed, considering the current unemployment situation in the country. Foreign investment is a necessity for developing countries like ours, because there are certain industries such as manufacturing, mining, and oil and gas exploration that require the infusion of huge capital beyond the capacity of local entrepreneurs. It is even more important foreign investment is prioritised in terms of the type of industry, which has the potential to effectively contribute to the development of our economy.

Proceeding with caution
In a highly competitive sector like ours, the usual trend that exists between the key players is to appear very similar in terms of product and service delivery. This level of competitiveness within the insurance industry is only expected to increase with the inflow of foreign insurers to Myanmar’s insurance space. The emergence of foreign players in this sector is a testament to the vast potential within the Myanmar market. However, imposing certain limitations on the operation of these foreign players may prove beneficial at present, until the local players are fully equipped to take the lead.

Domestic insurers are generally novices and need time to develop so that they can withstand competition. Liberalisation will thus be a delicate process that will balance opening up the market enough to bring in capital, expertise and capacity for international companies, without overwhelming or crowding out local players. More freedom in terms of policy design and premium pricing will have to be undertaken in such a way as to avoid price wars and substandard coverage.

To witness accelerated development in the sector, we must welcome best practices from the international community. Their services of rendering appropriate guidance, support and wise counsel to domestic players will be highly appreciated. Moreover, they should not shy away from giving befitting advice as and when necessary to the regulators. In the long run, this guidance will not only benefit the insurance fraternity, but will also shape the attractiveness of the country’s retail market. In other words, this will have a profoundly positive affect on Myanmar’s much-needed economic progress.