No sure thing: insurance companies face new challenges in a changing world

Insurance companies face an avalanche of disruption by digital innovation, climate change and their own inertia 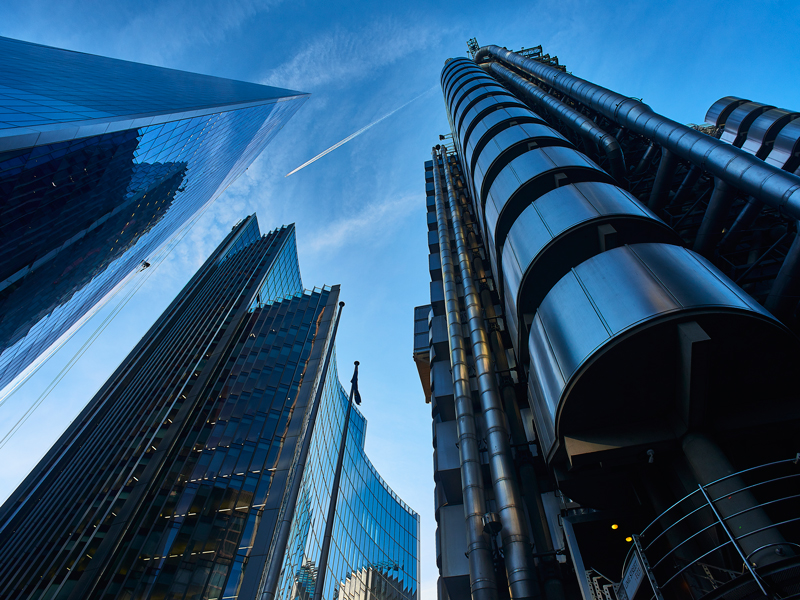 In 2013, entrepreneur Freddy Macnamara needed to lend his car out for a few hours but realised it would be impossible. UK law requires vehicles driven on public roads to be covered by insurance, which, at the time, was not available for short-term periods. The thought irked him so much that he decided to launch a company offering hourly insurance. “I soon realised that insurance was completely broken and full of outdated processes, so I set out to create flexible insurance on mobile,” Macnamara said.

In 2014, he founded Cuvva, a company that connects customers directly with insurers to offer short-term solutions – including personal car, learner driver and van insurance – via an app. The company, the first in the UK to provide hourly car insurance, has so far sold more than one million policies. This August, it ventured into a new field, offering single-trip travel insurance.

Macnamara is scathing about the future of the industry. He told World Finance: “Insurance incumbents are no longer serving customers… as well as they could if they evolved and utilised technology to their advantage.”

Such harsh criticism is often dismissed by incumbent companies as marketing buzz generated by start-ups that promise disruption without understanding the fundamentals. However, many insurance veterans echo Macnamara’s views, admitting that tough challenges lie ahead for the sector. Mike McGavick, former CEO of XL Group and special advisor to AXA Group CEO Thomas Buberl, has urged the industry to embrace innovation before it is too late. “Products are becoming shop-worn and less relevant to the actual use of the clients,” McGavick said at a conference in Monte Carlo in 2016. “Unless they are reinvented, clients will continue to find them not terribly useful.” An EY study found that insurance is one of the world’s least-trusted industries, with more than half of responding consumers complaining about its lack of transparency and open communication.

For the time being, insurance powerhouses can rest on their laurels, as autonomous vehicles and other AI developments are still in the testing stages

Beware black swans
One problem insurers face is the emergence of unpredictable and extremely costly natural disasters linked to climate change. Losses associated with ‘black swan’ catastrophes – events that are extremely rare, damaging and difficult to predict, such as tsunamis, hurricanes and wildfires – have increased more than six times since the 1980s. The International Association of Insurance Supervisors estimates that in 2017, they caused damages worth around $340bn globally, more than a third of which was covered by insurance companies. Professor Joan Schmit, department chair for risk and insurance at the Wisconsin School of Business, told World Finance: “Climate change is a threat in that loss estimation is more difficult due to the combination of greater levels of volatility and environmental changes that make historical data less useful. Where before a potential loss might have been incredibly remote, today that potential may be meaningful.” A case in point is the 2018 wildfires in California – the most destructive natural disaster in the state since the San Francisco earthquake in 1906 – which will cost insurers an estimated $11.4bn.

The economic climate over the past decade has also hurt the industry. The 2008 recession led some insurance companies, such as AIG, to accept onerous bailouts. It was followed by a period of low interest rates on both sides of the Atlantic that reduced profitability. For an industry that places long-term bets by collecting insurance premiums and investing them to cover future claims, lower and more volatile returns can be a nightmare. “Actual returns may well be lower than had been anticipated when prices were set decades ago. Life insurers especially have struggled with this issue for the past decade,” Schmit said.

Another source of problems is demographic changes and generational shifts. In the developed world, an ageing population means more insurance payouts for the increasing number of retiring baby boomers. A study by LIMRA, an association of life insurance and financial services companies, found that fewer than a fifth of US Millennials are likely to buy life insurance; nearly nine out of 10 prefer usage-based insurance, according to a different study by insurance broker Willis Towers Watson. But there is a silver lining, Schmit said: “As people live longer, costs of life insurance and health insurance may be delayed, allowing insurers to earn higher returns than original prices. Longer lives also create a demand for long-term care insurance.”

Many insurers see a new frontier in the developing world. The Asian market is particularly promising due to the small number of people currently covered and booming economies that create demand for insurance. In China, the insurance penetration rate stood at 4.22 percent in 2018, below the global average of 6.09 percent (see Fig 1). Some also see a ray of hope in the rise of reinsurers: companies that insure the insurers. This has been the highest-performing segment of the industry over the past few years, according to McKinsey & Company, while many reinsurance companies are also making inroads into primary insurance. But even they might face problems, Schmit said: “They are in a highly volatile industry: risk-return. In the US, we went for an entire decade without a major hurricane loss. The industry made quite a bit of money. When loss hits, however, it tends to be enormous.”

Big tech muscles in
The other disruptive force is technology. Cyber-attacks are becoming a major threat, with malware and viruses, such as NotPetya and WannaCry in 2017, costing millions. A global ransomware attack could cost $193bn and affect more than 600,000 businesses, according to a 2019 report from the Cyber Risk Management Project. The industry itself can be a victim of attacks due to its storage of commercially sensitive data. In 2017, the servers of the US insurer Equifax were breached, costing the company up to $700m.

Big technology companies are also eyeing expansion in the sector: a survey by Capgemini found that nearly one out of three consumers would buy insurance from a large tech company. Last year, Amazon showed interest in launching a UK insurance comparison website, while Google invested in Applied Systems, an insurance software company. Google entered the market in 2015 with Google Compare, a service selling auto insurance, but discontinued it a year later. “The industry is incredibly highly regulated, which may act as a barrier to entry for an organisation such as Google,” Schmit said.

Many accuse incumbent insurance companies of being complacent; currently, no insurance company is included in the list of the world’s top 1,000 public companies in terms of research and development investment. ‘Insurtech’ start-ups are beginning to use this sluggishness to their advantage: more than $8.5bn was raised by insurtech start-ups between 2014 and 2018 in areas as diverse as healthcare and car insurance. Macnamara said: “Opportunities in the insurance sector are in abundance, as a result of the slower uptake of technology and digitalisation. It was only a matter of time before the insurance industry as we know it was challenged by technology-focused start-ups”.

Insurance on the go
One innovation that promises to upend current business models is the advent of big data, used to assess risks and optimise claims handling. Some even go as far as forecasting that big data and AI could render insurance obsolete. “The threat applies to incumbents who are slow to adopt a data-driven mindset and build the capabilities that will allow them to effectively leverage telematics or any new data source to inform business decisions,” Kirstin Marr, President of Valen Analytics, an insurance intelligence provider, told World Finance.

In the area of auto insurance, a host of start-ups have invested in telematics technology – software or devices, often attached to vehicles, that collect and transmit data in real time. Matt Fiorentino, Director of Marketing at telematics company TrueMotion, which has partnered with top US insurers, said: “Driving data flips the insurance industry on its head. Before, insurers would interact with their customers once a year. Customers would only think about their insurer nine minutes per year. But now, driving data allows insurers to create personalised, real-time experiences for their customers.” Last year, the Floow, a UK-based software company, launched a service that turns anonymised mass data from vehicles and mobile sensors into detailed pictures of transport patterns. “Insurtech companies such as the Floow can bring capabilities that the insurer does not already have,” Andy Goldby, Chief Actuary at the Floow, told World Finance, citing as examples telematics scores that predict risk and claims based on a client’s profile.

Telematics also gives automakers access to driving data. Some, including Toyota and Tesla, offer insurance services directly to customers. In September, the Financial Times reported that Tesla was taking steps to underwrite its own policies, a move that could see intermediaries become redundant if it’s replicated by other car manufacturers. The advent of autonomous vehicles may also change how insurance is sold. “As vehicles become more autonomous, it is likely that insurance will evolve from cover for the individual to product liability for the vehicle,” Goldby said. For the time being, insurance powerhouses can rest on their laurels, as autonomous vehicles and other AI developments are still in the testing stages. But payout day might be due, Macnamara said: “Incumbents are being challenged to evolve and improve their product offerings if they want to stay relevant and fit for the 21st century.”