The rise of the Millennial entrepreneur

Millennial entrepreneurs are having a major impact on all industries, with much more to be expected from the entrepreneurial generation in the coming years 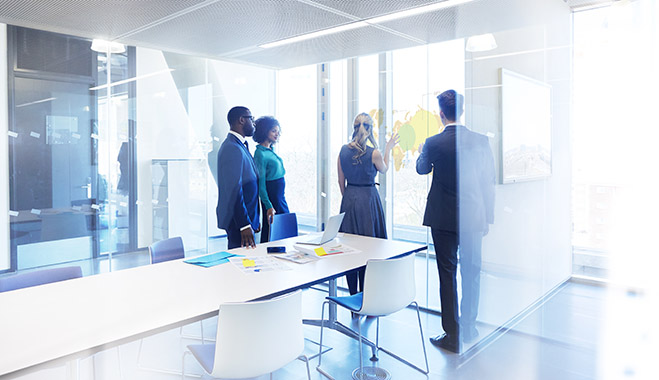 Millenials are known for their entrepreneurial skill and the mark they have made on the tech industry. According to BNP Paribas, Millennipreneurs will have a major upcoming influence on multiple industries
Wealth Management
Interview with: Beatrice Belorgey, CEO, BNP Paribas Banque Privée

Known for their innovative approach and the mark they have made on the tech space, a number of Millennials are inspired by their families and the many opportunities available to them today. This generation is more inclined to start their own business and to take on professional risks. In fact, female entrepreneurs are among those most successful, often outperforming their male counterparts, despite the fact that they are still often overlooked in the world of business.

The success of these women is rooted in shaping their respective businesses with a clear strategy and strong leadership – as indicated by the results of the latest annual Global Entrepreneur report by BNP Paribas Wealth Management. World Finance spoke with Beatrice Belorgey, CEO of the French private bank BNP Paribas Banque Privée, about the highlights and key trends for 2015 that were captured by the report’s findings.

Behind the Global Entrepreneur Report 2015

The Global Entrepreneur Report highlights again how entrepreneurs have wide diversification in their investments between various assets. They ask for a global approach, combining both professional and personal wealth. That is why BNP Paribas Banque Privée set up a dedicated organisation for entrepreneurs located in France, consisting of highly-qualified private banking experts and both local and international networks, including Business Centres, Corporate & Institutional Banking (CIB) services and Entrepreneurs Centres – known as Maisons des Entrepreneurs. They can count on more than 110 dedicated private bankers in France that work closely with a pool of experts who have a deep know-how in fields such as wealth management, investment solutions, real estate, art and philanthropy. This specific approach is one of the keys of the success of BNP Paribas Banque Privée, the number one private bank in France in terms of assets under management.

What are the main differences in BNP Paribas’ second annual global entrepreneur report from its first?
In the first edition, we focused on the business owners’ approach to success and on the diverse paths of entrepreneurialism. In this second edition however, we tried to identify which geographical areas and which industries many entrepreneurs favour, and the way that they manage their personal wealth. There is also a special attention given to ‘Millennipreneurs’ and women because we believe these two entrepreneurial profiles will have major influence in the coming years.

How do you define Millennipreneurs?
The Millennipreneurs are the generation of entrepreneurs currently under 35 years old, born between 1980 and 1995. In our view, these individuals represent a new type of business leader. They have drawn upon the influence of older generations, especially their parents. Notably, many of these parents are from the baby boomer generation and have run successful enterprises on their own. It’s interesting to compare Millennials and baby boomers. For instance, 78 percent of highly successful Millennipreneurs have a family history in business, versus 46 percent of baby boomer entrepreneurs.

Millennipreneurs started their first business earlier, at the average age of 28 years, against the average age of 35 for baby boomers. Millennial entrepreneurs are also more active, with an average number of launched businesses double than that of the previous generation at 7.7 percent against 3.5 percent.

Why do you expect Millennipreneurs to have a major upcoming influence?
Millennipreneurs grew up in an environment that prepared them to launch their own business. That influence was useful because the annual turnover of businesses run by Millennials outperforms those owned by baby boomers by 43 percent. The successes of Millennipreneurs at a relatively early age marks them out for even further greatness. The gross profit margin target of Millennials stands at 32.6 percent in 2015 to 2016, against 27.5 percent for companies led by baby boomers (see Fig. 1). Surprisingly, Millennipreneurs are not exclusively focused on dotcom operations – far from it. The top three primary industry sectors for successful Millennial entrepreneurs are retail, professional services – such as accountancy and law – and technology. They are not that different from those of the baby boomer generation, whose primary industries include professional services, retail and real estate. Additionally, the future industry hotspots for Millennipreneurs include financial services, social media and eCommerce, while the baby boomers are more focused on travel, hospitality and leisure, eCommerce and professional services.

Do female entrepreneurs outperform men?
The role of women as successful entrepreneurs has been historically overlooked, with the assumption that men are more able to take risks. The reality is quite different: women have achieved major triumphs in terms of financial success and business legacy over several decades. Our study shows that the average turnover of companies led by female entrepreneurs was nine percent above the overall average, and the outperformance of female Millennipreneurs is even more impressive – at close to 22 percent. The bullishness of women is more pronounced when considering the expected gross profit levels – female entrepreneurs count on an average target of 30.8 percent, against 29.1 percent for male entrepreneurs. Furthermore, this profit target rises even higher to 34.9 percent when considering the female Millennial entrepreneurs, which is over five percentage points above the overall average.

What could many female entrepreneurs be driven by?
A number of female entrepreneurs consistently remark that their decision to pursue an entrepreneurial path was mainly driven by their willingness to write their own rules in regards to running their own business. Therefore, they could take more direct control in their ability to achieve their potential. And when it comes to success factors, female entrepreneurs are not significantly different in their assessment criteria from male colleagues – making a profit on the initial investment is at the top of the list, followed by a number of important factors including transferring a business to the next generation, making a social impact, breaking even on the initial investment and taking a business public.

What influences a decision to launch a business, and how is it funded?
Almost two thirds of successful female entrepreneurs today have a history of business ownership in their family – this is a significant factor. They estimate that the major things that influenced their success is firstly, advice from friends and family, following by the advice from other entrepreneurs, then that of financial and corporate professionals. Educational seminars and networking also play a big role.

Aside from family history, these factors are closely considered by BNP Paribas Wealth Management when offering support to female entrepreneurs, such as the Women Entrepreneur Programme that took place last July at the at Stanford Graduate School of Business. The programme was tailored to meet the needs of highly accomplished business women, with a mix of knowledge, skills and development, in order to facilitate the acquisition of efficient management practices, and to identify external growth opportunities. The event also provides an outstanding opportunity for cross border-discussion and global networking.

Where are the world hotspots for entrepreneurs in general?
The US, China and Germany have been voted as the top locations for setting up a business. Entrepreneurs in China, India and Turkey had the best year in terms of improved profits compared to all countries surveyed. While Germany, the Netherlands, Switzerland and the UK potentially offer the greatest opportunities to first generation entrepreneurs, namely those who don’t have a family history in business. Poland, Spain, China, Luxembourg, the UK and Italy on the other hand appear to be the most active in terms of female entrepreneurship, with Poland being particularly interesting, since there are proportionately more successful female entrepreneurs than men.

Are entrepreneurs focusing on their core business in terms of wealth management?
In our study, entrepreneurs have increased the volume of their investments globally by 12 percent in the past 12 months, probably as a result of good business performance. The current allocation of their financial portfolio shows that only 20 percent on average is invested in the core business, meaning that the global average has decreased slightly from 25 percent in the previous year. As many entrepreneurs have strong profit performance in their core business, they may be reinvesting these profits into other asset classes in order to diversify their portfolios.

How do entrepreneurs manage their wealth outside of their core business?
The major part is dispatched between different asset classes, with proportions varying from one country to another. For instance, British and French entrepreneurs have the highest weighting towards real estate, while the Gulf countries have the largest holding in cash and fixed income. Meanwhile, the US has the most important weighting in stocks and the Dutch top the list in terms of private equity. Finally, Luxembourg’s entrepreneurs are the most engaged in SRI, and Italians in hedge funds.

What about entrepreneurs in France, the market you are in charge of?
As their British counterparts, French entrepreneurs show the strongest preference for real estate in their financial portfolio allocation. Conversely, they hold only nine percent in cash, which is six points lower than the global average. French entrepreneurs are among the oldest to start a first business, with an average entry age near 34. However, this is not a handicap for success since 50.5 percent of them have experienced a profit increase in the last 12 months. They are also among the more bullish global entrepreneurs, expecting on average a 31.3 percent gross profit margin for 2015 and have founded 7.1 companies on average. It is also worth noting that French female entrepreneurs have even higher profit margin hopes, at 35 percent for 2015.