Tapping into the potential of the Serbian insurance sector

The Serbian insurance market remains one of the smallest in Europe, but its recent and rapid growth suggests that there is a great deal of untapped potential in this burgeoning sector 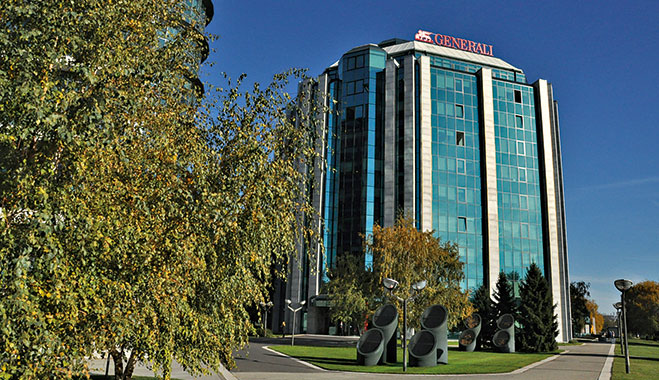 Generali Serbia's headquarters. The Serbian insurance sector, as one of the smallest in the region, has enormous potential for growth
Wealth Management
Author: Andrea Simoncelli, President and CEO, Generali Serbia

In December 2014, a new Serbian insurance law was introduced. When this legislation formally came into effect in June 2015, it marked another important step taken by the Serbian Government on its road to reforming and restructuring the country’s economy.

After labour, company and real estate property law – plus numerous interventions made in relation to the banking sector, particularly with regards to non-performing loans – insurance law is one of Serbia’s most revolutionised sectors of late. The sector has been deeply altered and enhanced in order to prepare it for future challenges, with a particular focus on Solvency II requirements.

The new insurance laws stipulate that life and non-life insurance must exist as two separate entities: all new entries to the market must exist as specialised and separate companies, while existing insurance companies in Serbia are required to clearly separate their respective assets. The law also saw the introduction of several other policies, including dual system boards; tighter controls over guarantee and technical reserves and strengthened capital adequacy in line with Solvency II regulations; the approved sale of new life products, including those directly linked to the financial market; improved consumer protection through increased transparency of insurance products; continuous and compulsory training for intermediaries and actuaries; the possibility of selling insurance policies through post offices; and a significant speed increase in the claims handling process, with the added possibility of complaints being reported directly to the National Bank of Serbia.

Non-life claims
The Serbian insurance market, with a total life and non-life premium value of €700m and GWP penetration sitting at less than two percent of GDP, is still one of the smallest in the region. However, with such outstanding possibilities for growth, the country is a land of opportunity within the Eastern European insurance sector.

Motor Third Party Liability (MTPL) insurance, at 40 percent of total premium, is currently the only line of business that is directly aligned with its regional counterparts in terms of volume and penetration. Over two million Serbian drivers are now covered by a compulsory third party responsibility policy, with an indenisation limit of €1m and a comprehensive bonus-malus system in place.

Furthermore, an increase in natural catastrophes as a result of climate change is causing a new awareness of the importance of insurance to spread throughout Serbia. In 2014, severe floods occurred across the northern and central regions of the country, causing what has been estimated at €2bn worth of damage. It was this disaster that caused the Association of Serbian Insurers to prepare a proposal that would offer widespread home cover at competitive rates.

It is the association’s hope that the fiscal incentives of this scheme will encourage the private sector to protect its own properties without relying on government support, which is inherently limited as a result of a lack of financial resources.

The process of improving insurance awareness is a long one, and implies that a new culture of protection – shifting from the old public mind-set to a new, private one – is gradually on the rise. This mind-set shift will also hopefully touch on the health and accident subdivisions; two branches that are at present a long way away from being in line with average European development.

A growing market
In addition to serious advances being made within the non-life division, there are also signs of fast growth occurring among life insurance policies: in 2014, the sector’s growth rate hit 21 percent, with interest rate reduction, together with banking systems offering fewer competitive financial products, pushing the sale of life policies.

The market currently allows life investments to be made both in Serbian dinars and foreign currencies such as euros, US dollars and Swiss francs. However, due to the strong performance of the dinar – something that has been highly supported by a judicious foreign currency policy adopted by the National Bank of Serbia – investments made in the local currency are generally far more profitable for customers. The success of this endeavour has been a major contributor behind a fruitful drive to rebuild trust in the Serbian currency.

Additionally, low inflation levels and a stable foreign exchange rate – two factors that largely occurred over the last two years – have had a positive impact on public opinion of the Serbian Government and financial sector at large. The Serbian population has also seen a tangible increase in purchasing power, with the current average annual income standing at €4,600.

Serbia has also developed a new role within the international arena: with its sights continually set on gaining EU membership in the future, the country has dedicated itself to maintaining amicable relationships with its EU, US and Russian cousins. Its link to Russia, particularly with regards to religious and energy supply ties, is considered to be especially vital. Renewed global attitudes towards former Yugoslavian countries have boosted Serbia’s profile as a peace-keeping and stabilising agent within the Balkans, with the country’s prime minister having shown a moderate and diplomatic attitude towards many unresolved issues within the region, with particular regards to Kosovo: since last summer, Serbia has displayed several acts of goodwill towards the disputed state, with the hopes of settling the pending issues.

Furthermore, Serbia’s increasingly positive relationships with Middle Eastern countries – the UAE in particular – have been spurred by growing investments from oil-rich countries into Serbia, which considers itself to be by far one of the friendliest countries in the world with regards to foreign investment. 2016 is set to be another record year for foreign relations, with the influx of investment expected to exceed €1bn for the fifth year in a row. Should Serbia meet this target, it will signal yet another important phase in the development of the country’s economy. Within this positive scenario, Serbian GDP has increased by one percent this year, with an even brighter prospect set for 2016.

Industry leader
Generali Serbia, a key driver in the Serbian insurance market, enjoyed a record year in 2015, with non-life premium growth hitting 20 percent and life premium growth reaching 31 percent; double the average market growth. The firm is also retaining an indisputable first-rate position in the life insurance market, where one in three customers now prefers Generali products – an impressive increase from the figure of one in six only four years ago.

This rapid growth has mainly been the result of the introduction of a new direct sales network composed of over 900 well-trained salespeople. This network operates from seven regional centres located across the country, with over 60 points of sale in total.

The impressive growth seen within the non-life subdivision was the highest recorded since Generali Group extended its presence to Serbia in 1996. Additionally, while retaining first position in health, travel and agricultural insurance, we also hold second place nationally in motor and property insurance. The exceptional growth rate has not impacted profitability, however, which also improved in 2015. This success has been partially as a result of the implementation of a Generali Group-wide strategy aimed at increasing cash generation and dividend payment.

Over the next 12 months, Generali Serbia will be launching new initiatives based on implementing customer centricity programmes. With more than 1.4 million customers across the country, the firm will continue to be a resilient and dynamic company, ready to achieve new highs and deliver exceptional satisfaction to its shareholders and clients during 2016.