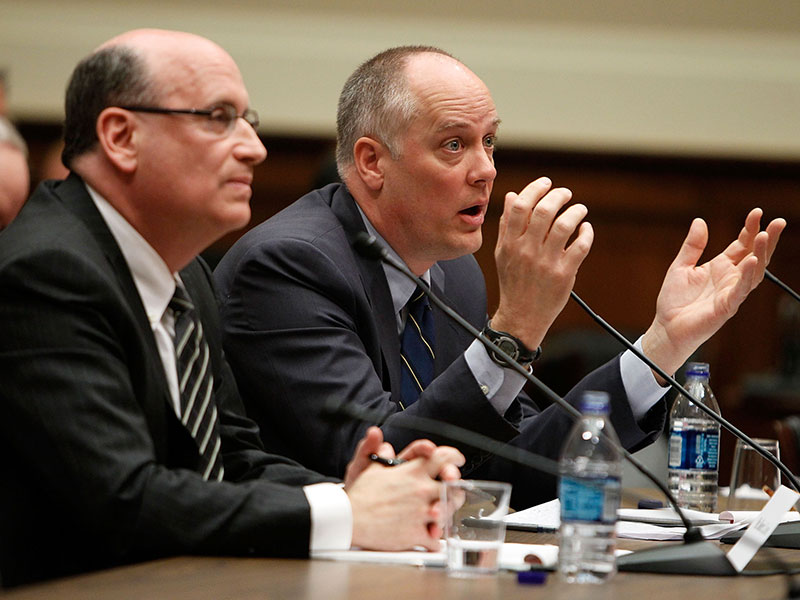 On August 22, former Fannie Mae Chief Executive Daniel Mudd reached a settlement with US regulators, ending a bitter five-year battle with the Securities and Exchange Commission (SEC). In December 2011, Mudd was accused of misleading investors in the months leading up to the financial crisis by downplaying the risks of subprime mortgages.

As the former CEO of mortgage funding giant Fannie Mae, Mudd was one of the most senior executives sued by the SEC over his role in bringing about the 2008 banking crisis.

Under the terms of the settlement, Fannie Mae will contribute $100,000 on Mudd’s behalf to the US treasury, which sees the former CEO escape paying any personal fine for his financial malfeasance.

Under the terms of the settlement, Fannie Mae will contribute $100,000 on Mudd’s behalf to the
US treasury

Following the multi-billion dollar bailout of Fannie Mae and its sister company, Freddie Mac, in September 2008, Mudd was one of six top former executives sued by the SEC on securities fraud charges. Each of the other five cases ended in equally modest settlements, with Mudd’s case concluding the SEC’s investigation of Fannie Mae.

Reuters reported that Mudd said of the settlement: “I appreciate Fannie May and the current leadership of the SEC stepping in to end a case that never should have been brought.” Over the course of the five-year case, Mudd has consistently denied any wrongdoing.

With Mudd at the helm, Fannie Mae reported in 2007 that risky subprime mortgages accounted for just 0.2 percent of its loans, when the true figure was over 10 times higher. When the US housing bubble finally burst in 2008, Fannie Mae and Freddie Mac were bailed out for a record $187bn – over half of the total budget allocated to bank rescues by the US government. Despite reporting losses of over $400bn in the years following the 2008 crisis, Fannie Mae started reporting profits again in 2012.

For more in-depth analysis of the world of Wall Street banking regulations, look out for World Finance’s upcoming report on the topic