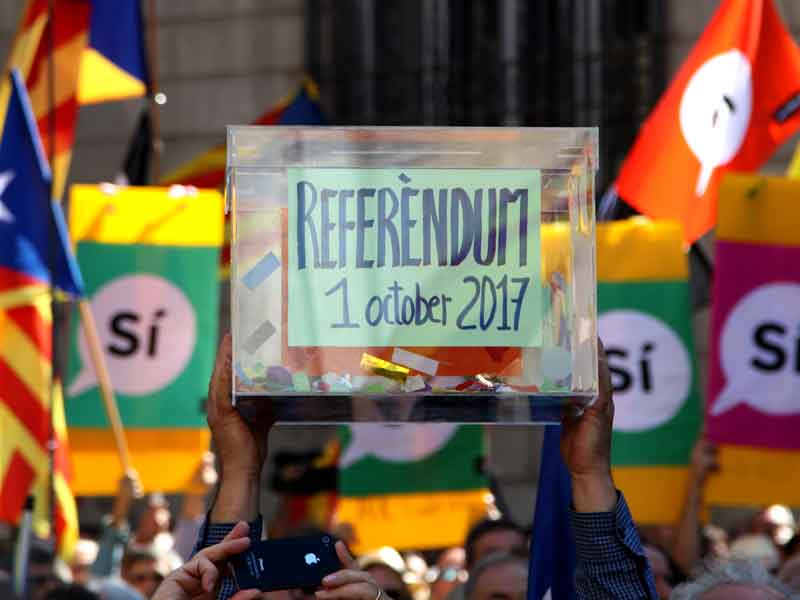 The independence referendum was approved by the Catalan Government. However, the Spanish Government maintains that is it an illegal vote and claims the result is not valid
Government policy | Infrastructure
Author: Kim Darrah

Following a disputed referendum that took place on October 1, Carles Puigdemont, First Minister of the regional Catalan Government, announced that the region will declare independence from Spain in the coming days.

The region of Catalonia has long been the industrial powerhouse of Spain, making up 20 percent of the country’s economy and 16 percent of its population.

According to regional authorities, Catalans voted overwhelmingly to become independent from Spain, with two million casting votes in favour of independence. The ‘yes’ vote made up 90 percent of the total votes cast, while just nine percent voted against independence.

The referendum was characterised as illegal by the Spanish Government, and violent clashes have been reported as police attempted to prevent people from taking part in the vote. Despite violence, turnout in the referendum reached 42.3 percent.

On October 2 – the morning following the referendum – both the Spanish stock market and the euro dipped as markets responded to the result. In early trading, the euro dropped by 0.06 percent against the dollar while the IBEX 35 was down 0.75 percent. Spain’s price of borrowing also jumped as yields on the country’s benchmark 10-year debt rose from 1.608 to 1.682.

On the morning following the referendum, both the Spanish stock market and the euro dipped as markets responded to the result

Despite the overwhelming referendum result and Puigdemont’s claim that the region will declare independence, many market analysts do not expect the bid for independence to be successful.

Indeed, according to the Financial Times, regional bonds have started to recover, signalling confidence from markets.

Ratings agency S&P has also issued a press release expressing doubt over the prospect of an independent Catalonia.

On the evening of September 29 – the day before the referendum took place – the agency confirmed Spain’s credit rating, stating: “Despite the rising internal political risk, macroeconomic developments do not appear to have been affected by the conflict so far. At the same time, we anticipate that Catalonia will remain part of Spain. Therefore, we believe that the current situation does not affect our positive outlook on the long-term rating.”