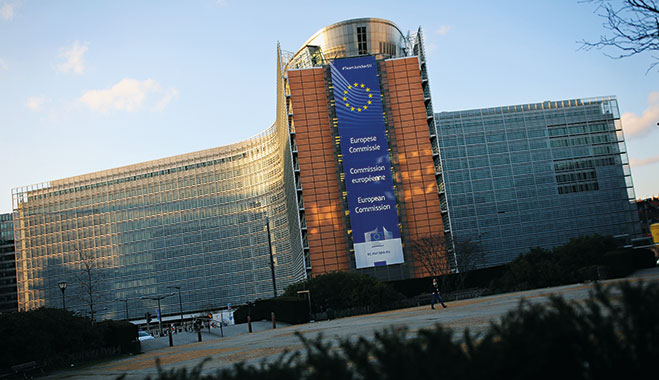 The European Commission has come under fire from the US for its retrospective enforcement of new state aid tax regulations
Tax | Wealth Management
Author: George Salis, Principal Senior for Tax Compliance, Vertex

As its state aid investigations into past tax rulings continue, the European Commission (EC) and its Directorate General for Competition may want to consider the tenets of game and chaos theory. The prisoner’s dilemma, a game theory concept, is often used to explain a situation in economics where one party, in an attempt to serve its own best interest, pursues an independent course of action that often results in an outcome that is detrimental to all parties. The butterfly effect, a chaos theory concept with valuable economic applications, explains how small actions can have increasingly harmful effects across great distances. In reference to tax rulings, there is a causal correlation where one action (retroactive enforcement of state aid rules) could cause another (a negative response from the US).

The current flutter over the EC’s position that previously legal tax agreements between individual EU countries and multinational corporations (MNCs) may now qualify as unlawful state aid is already causing a tornado of uncertainty. Should it continue, the EC’s new, retroactive approach to state aid enforcement may cause a wider swath of competitive detriments, which some believe could damage EU-US trade relations and reduce foreign direct investment in the EU.

American umbrage
Given these stakes, it helps to examine the issue from a legal and economic perspective. It is also crucial for the EC to recognise how its new stance is perceived by MNCs headquartered in non-EU countries, especially those with fundamentally different tax systems and cultures.

What CEOs, CFOs, treasurers and tax executives see when they look at recent state aid investigations is a spike in risk and uncertainty

CEOs, CFOs, corporate treasurers and chief tax officers within US MNCs view the EC’s new stance on unlawful state aid as an intervening policy reversal. In US legal terms, the EC’s shift may be seen as retroactive and, perhaps, as an ex post facto regulation. Effectively, the EC’s decision raises questions regarding due process of law.

The EC’s final decisions ordering the Netherlands and Luxembourg to recover up to 10 years of tax revenue from Starbucks and Fiat, respectively, drew swift rebuke from US senators. Leaders of the US Senate Committee on Finance, including Chairman Orrin Hatch and member Charles Schumer, wrote a letter to US Treasury Secretary Jack Lew outlining their misgivings.

“Our concerns are driven not only by these initial cases, but also by the precedent they will set that could pave the way for the EU to tax the historical earnings of many more US companies – in some cases, the earnings in question could have been generated up to a decade ago. We urge Treasury to intensify its efforts to caution the European Commission not to reach retroactive results that are inconsistent with internationally accepted standards, and that the US views such results as a direct threat to its interests.”

Robert Stack, US Treasury Deputy Assistant Secretary for International Tax Affairs, made a similar point during a January visit to the EC, when he questioned the “basic fairness” of the investigations. Lew took the senators up on their request, firing off a letter to EC President Jean-Claude Juncker. In his letter, Lew listed four primary concerns with the EC’s new approach to state aid. A key concern was that the EC was seeking “to impose penalties retroactively, based on a new and expansive interpretation of state aid rules”.

Lew found common ground by outlining a strong mutual interest in preventing MNCs “from shifting income from higher-tax countries to low or no-tax jurisdictions” and in supporting the OECD’s Base Erosion and Profit Shifting (BEPS) project – the restructuring of the global tax system intended to prevent international corporate tax avoidance. However, Lew expressed disappointment that the EC “appears to be pursuing unilateral enforcement actions that are inconsistent with, and likely contrary to, the BEPS project”.

BEPS will transform how MNCs share their tax and financial data with global tax jurisdictions. It will also place a major compliance burden on MNCs, many of which are concerned about the data protection and reputation risks to which these reporting rules could expose them. The EC’s new state aid interpretations add to these risks.

These objections are intensifying in the US. For their part, US MNCs are re-evaluating where to invest capital in the future, given the uncertainty in the EU. That said, the EC steadfastly views its investigations and their outcomes as levelling the playing field.

Common civility
These opposing viewpoints reflect fundamental legal and economic differences: the European legal system is based on civil law, whereas the US legal system (as well as that in the UK) is based on common law. Fundamentally, common law largely relies on precedents: legal decisions made in the past and maintained over time. That said, it also relies on codes and regulations.

Civil law, on the other hand, is extremely codified, with continually revised laws and rules. Whereas civil law is considered inquisitorial, common law is deemed to be adversarial in nature. The European tax culture is essentially collaborative and contributory in nature, whereas the tax cultures in the US and many other countries are defined more by their contentious, procedural nature.

When Lew wrote that he and his team were not aware of any precedents for the EC’s new interpretation of unlawful state aid, he appeared to be making a stern point from a common law perspective, while perhaps suggesting the new interpretation could be viewed as political expediency. But, from a civil law perspective, Lew’s point probably elicits no more than a shrug: “So what? We’re simply updating our legal codes.” For the EU, the issue is about fair competition within the internal market: the matter is about economics, and not merely tax law.

While these opposing legal and tax perspectives are crucial to recognise, it is also important to understand that the views of MNC executives with EU operations are purely rational from an economic perspective. CFOs and CEOs make decisions based on incentives, marginal analysis and optimal choice. Their planning not only centres on risks and trade-offs at the margin, but also on their ability to rely on incentives and rulings granted for financial statement purposes.

What CEOs, CFOs, treasurers and tax executives see when they look at recent state aid investigations is a spike in risk and uncertainty. This lack of clarity greatly diminishes an MNC’s tax and financial planning ability at a time when this capability is under strain due to uncertainty surrounding the global economic environment, the compliance burden of BEPS, and the risks and perils created by sharing tax and financial data.

These combined risks and uncertainties also complicate treasury forecasting for MNCs. This in turn raises strategic questions about diminishing value and increasing marginal costs that MNC executives will address in a rational manner. What are the costs and benefits of investing future capital in an EU country? At what point is it time to cut one’s losses and leave?

From the cocoon
This is where the butterfly effect of the state aid investigations intensifies. It is not a stretch to imagine Brazil, Mexico, Malaysia or Nevada positioning their tax environments as more competitive than the EU. At a time when the OECD is attempting to level the global competitive playing field by bringing greater transparency and standardisation to tax reporting, tax competition is poised to intensify due to these EU state aid investigations. If this occurs, one of the spillover effects could be a larger number of global tax arbitrage options for MNCs.

There exists an even more troubling impact too, one that centres on EU-US trade relations. If US-based MNCs are compelled to pay (new) taxes on historical earnings based on past tax rulings, these companies could now become eligible for new foreign tax credits on those and future earnings, as carry-forwards. This bears further examination because it could ultimately result in “US taxpayers essentially footing the bill”, as Hatch, Schumer and their colleagues warned in the letter to Lew.

Members of the US Senate Committee on Finance also exhorted Lew to wield an obscure provision of the US tax code (26 US Code §891) that would enable the US to impose double taxation against companies and citizens from other countries as a potential retribution in response to discrimination against US companies.

What started as the EC simply exercising its competitive authority to help out revenue-strapped member countries could morph into a storm of unintended effects around the world. None of these outcomes would likely be more stinging than an EU-US trade skirmish, which is why it behoves EC and US legal leaders to find some common ground, despite their divergent perspectives on legal systems and tax environments. This is where a game theory exercise that examines how rational actors should cooperate is applicable. Right now, as a downgraded global economic environment approaches, the EU faces a basic trade-off decision – one that pits short-term rewards against long-term value.